.5% of people who try to lose weight loose it and keep it off for five years or more. 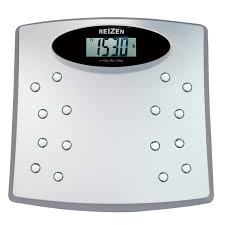 You read that right- Half a percent. That's 1 person out of every 200 people who have tried to lose weight will actually loose it and keep it off.

This includes those who have weight loss surgery, join a gym, etc.


Your body doesn't know the difference between a diet and a famine, and acts to save your life when food gets scarce by saving every calorie and sending signals to your brain demanding that you go look for food...NOW!

Do you know what this means?


We've been lied to.

For all practical purposes, it is impossible to lose weight. Your body just won't let you.I mean, think about it; if any of the diets out there worked, wouldn't there be fewer, not more, fat people all the time? Wouldn't that one method be the only method?

So does this mean that a fat person is doomed to an early death?

Not at all. If you remove all the studies paid for by people who make money from weight loss (drugs, diets, gyms, diet foods, etc) the evidence associating obesity and illness practically goes away. And if you control the remaining studies for the effects of poverty, the rest of the ill-health of being fat disappears. In fact, there are a few illnesses that being fat protects you from (i.e. Tuberculosis).

There is absolutely NO evidence that losing weight improves anyone's health.

We know for a fact, however, that dieting will kill you.

So where does this leave us?

You know what?
Denying ourselves desert is not mentally healthy!


So what does the human body need?

Exercise. Not "go out and exhaust yourself once a month" exercise, but a general "be active." find something fun to do where you move your body (dance class, softball team, buy a horse, plant a garden, etc) and do that. If you get discouraged because you exercised and stepped on the scale and it hadn't moved, you are exercising for the wrong reasons.


In fact, through you scales away! I MEAN IT!

Move because it makes you feel good.

What do you eat?

I read a study some time ago (don't remember enough to look it up. Sorry) where they put a bunch of two year olds in and room with toys and food of all types (not sugary stuff, though. Veggies, meat, dairy, fruit, whole grains). All but one child, when left to his natural taste buds, ate a balanced diet when total intake over a week was considered (a child might eat nothing but fruit for a day, nothing but meat the next, whole grain bread the next, and veggies the next.) Their instincts made them want what they needed most.

And that one child that didn't eat a balanced diet? He drank cod liver oil for days. But, he was the only one in the group who had rickets, a mineral deficiency disease. Cod liver oil has the minerals that you need to cure rickets. After days of drinking CLO, he began to eat like the other children, and all signs of rickets was gone.

I read of another study where two groups of adults were given the standard health evaluation and education on nutrition and exercise. Then one group was given diet information. At the end of the study, many in the "diet" group had dropped out because they simply got discouraged and couldn't keep up with the dieting. The ones that stayed saw no improvements. Only two dropped out of the other group and that just because they moved. However, everyone else in the "no diet" group saw improvements in all their health numbers, (blood pressure, cholesterol, etc.) and they had fun at the meetings encouraging each other to find fun active things to do.

It's time we quit listening to the voices that say we aren't beautiful, aren't adequate, because we don't look like the 1% who make it to TV. It's time we start honoring our wonderfully designed bodies by eating the God-made foods our hunger tells us we need until we are physically AND mentally satisfied. No more "diets." Just eating like God meant us to eat when He designed our taste buds.

Seriously, trust your God-given instincts. Trust that He designed your body to be healthy.

What do you think?
(Please talk like you would face to face and treat others the way you want to be treated).